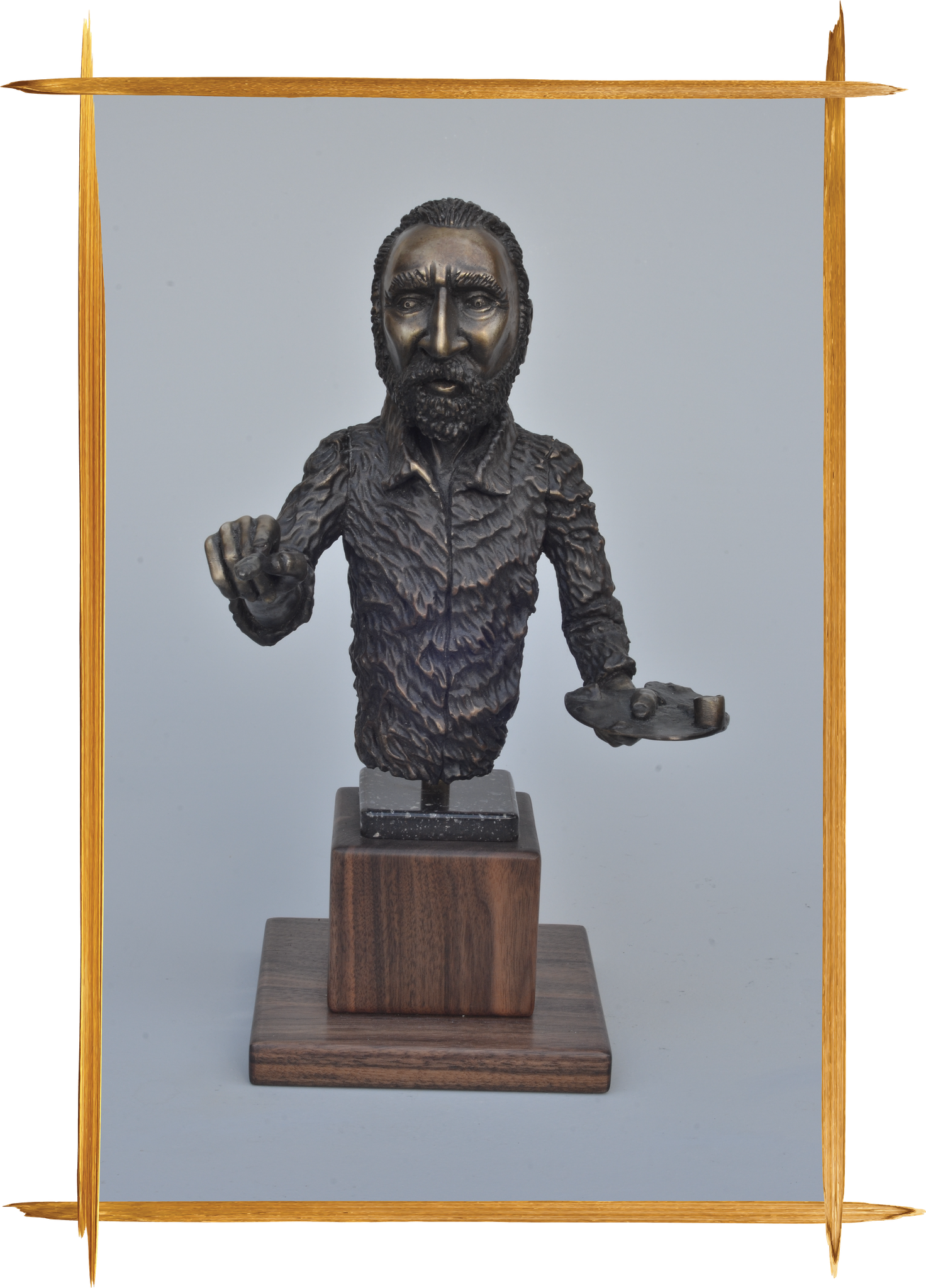 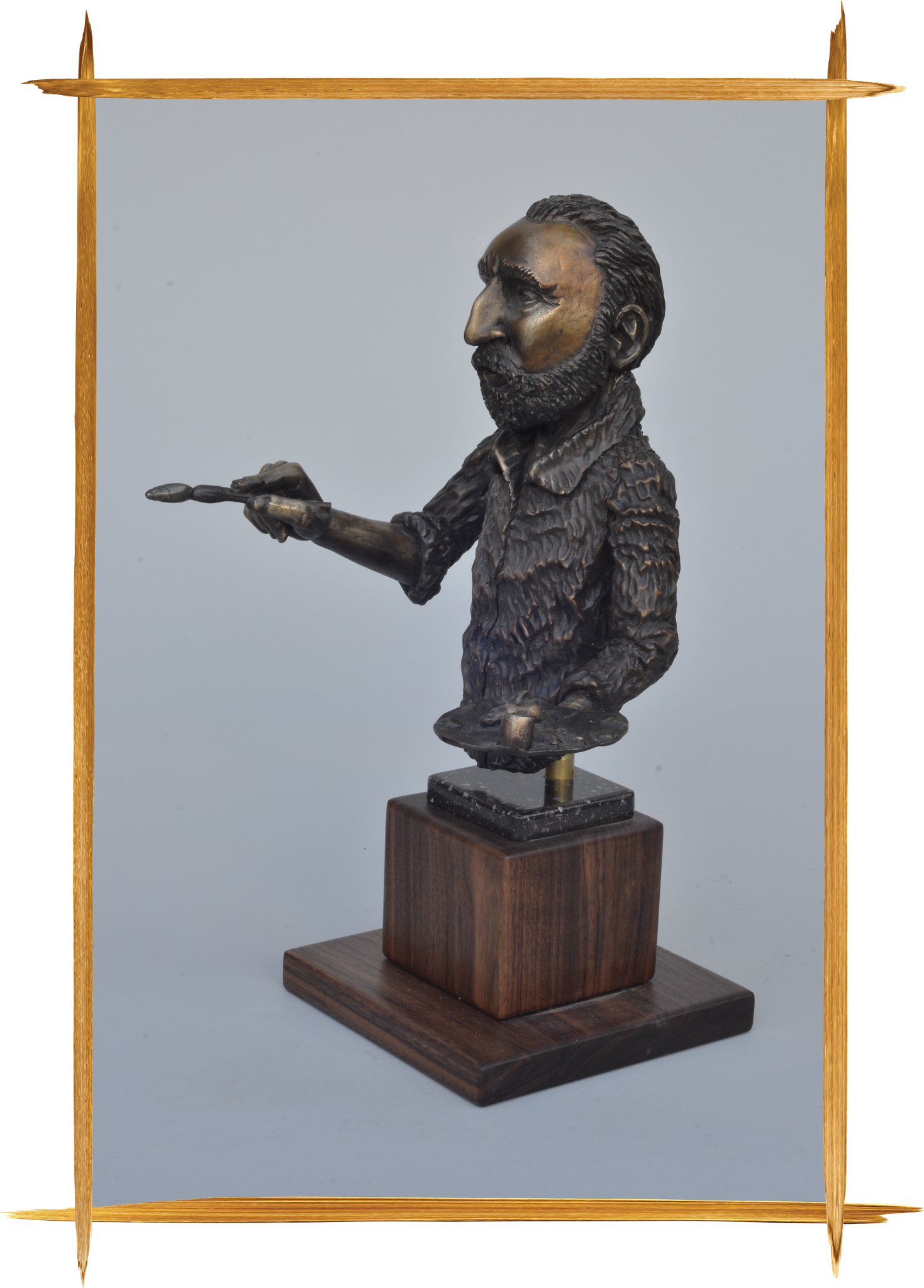 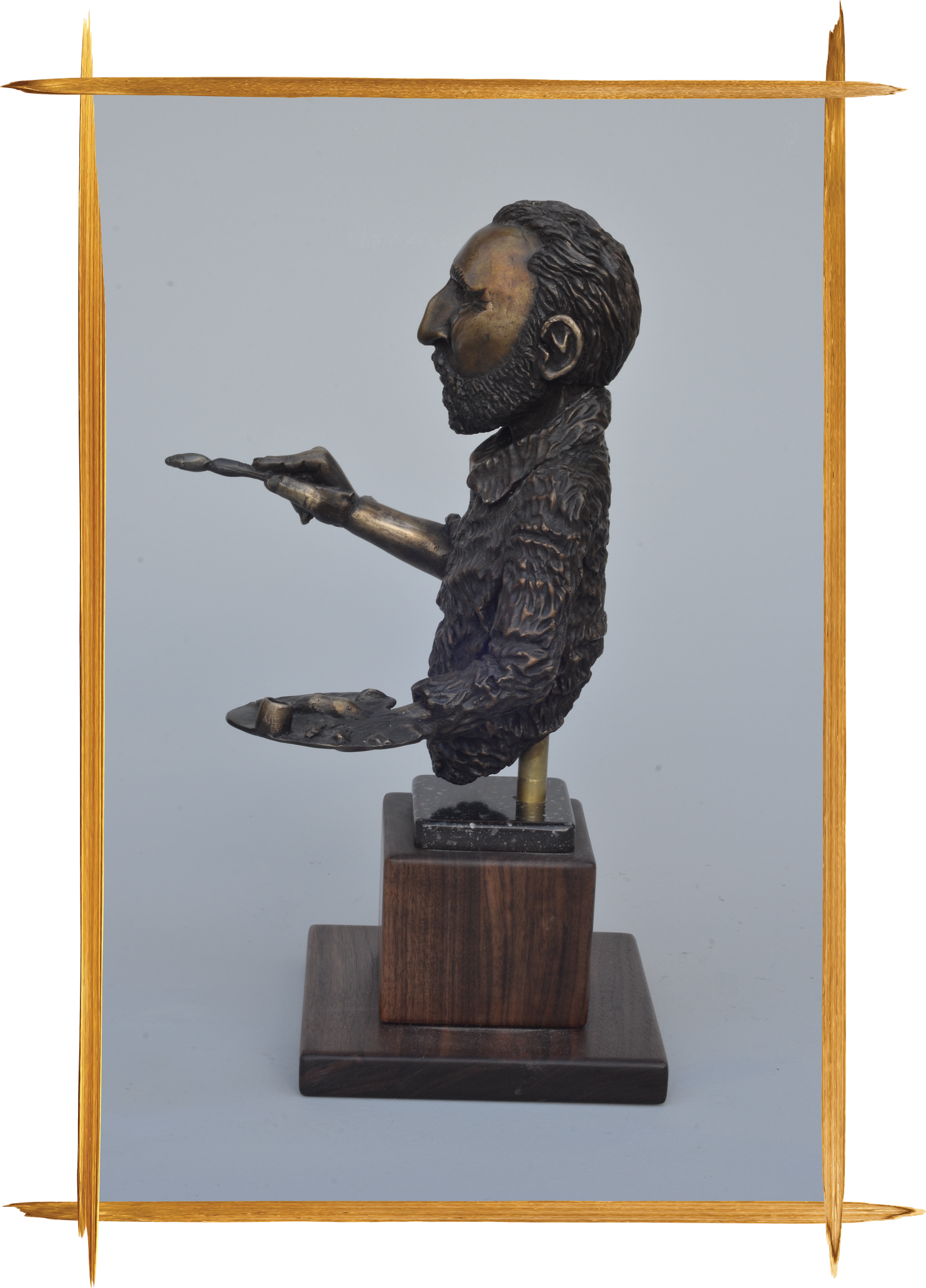 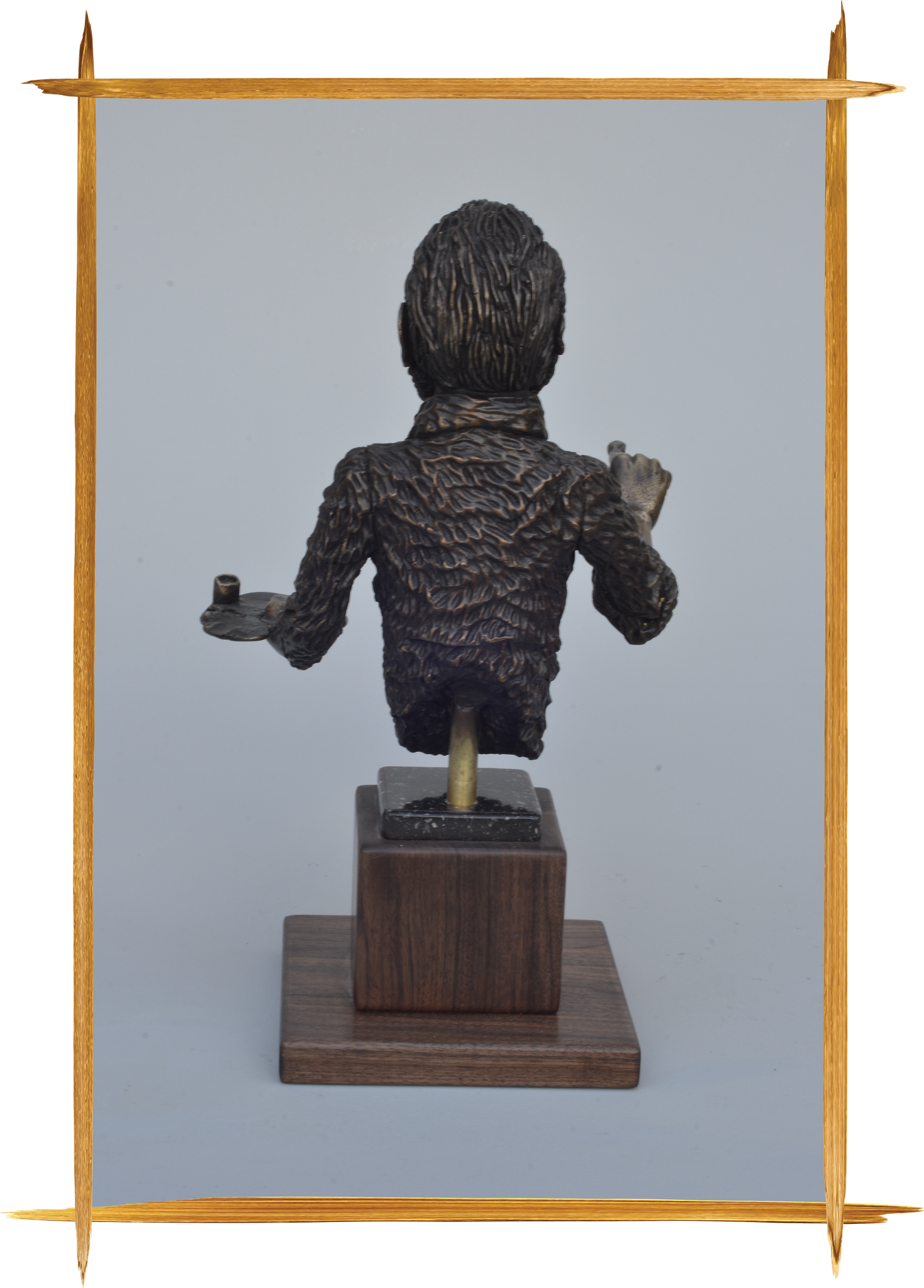 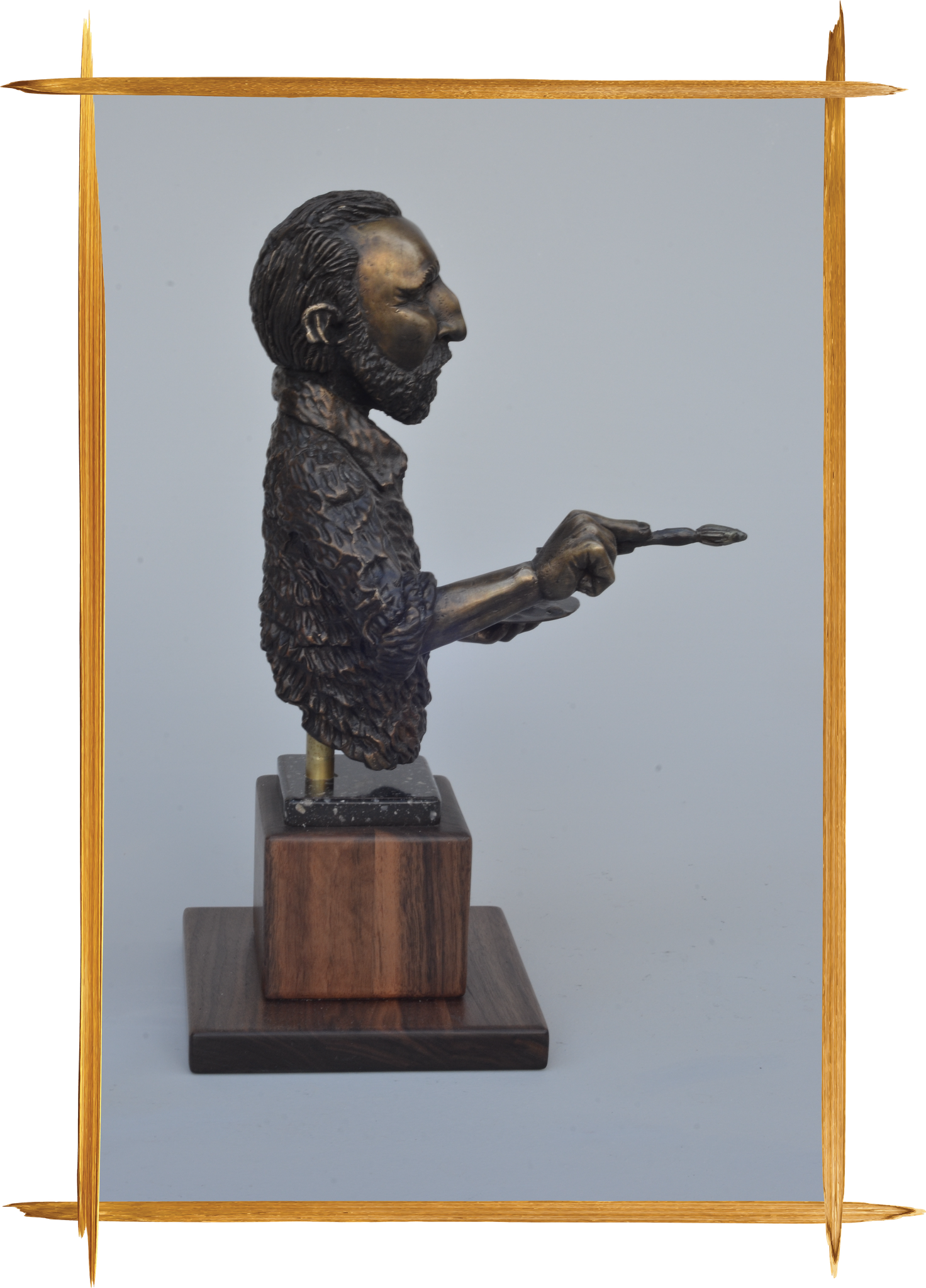 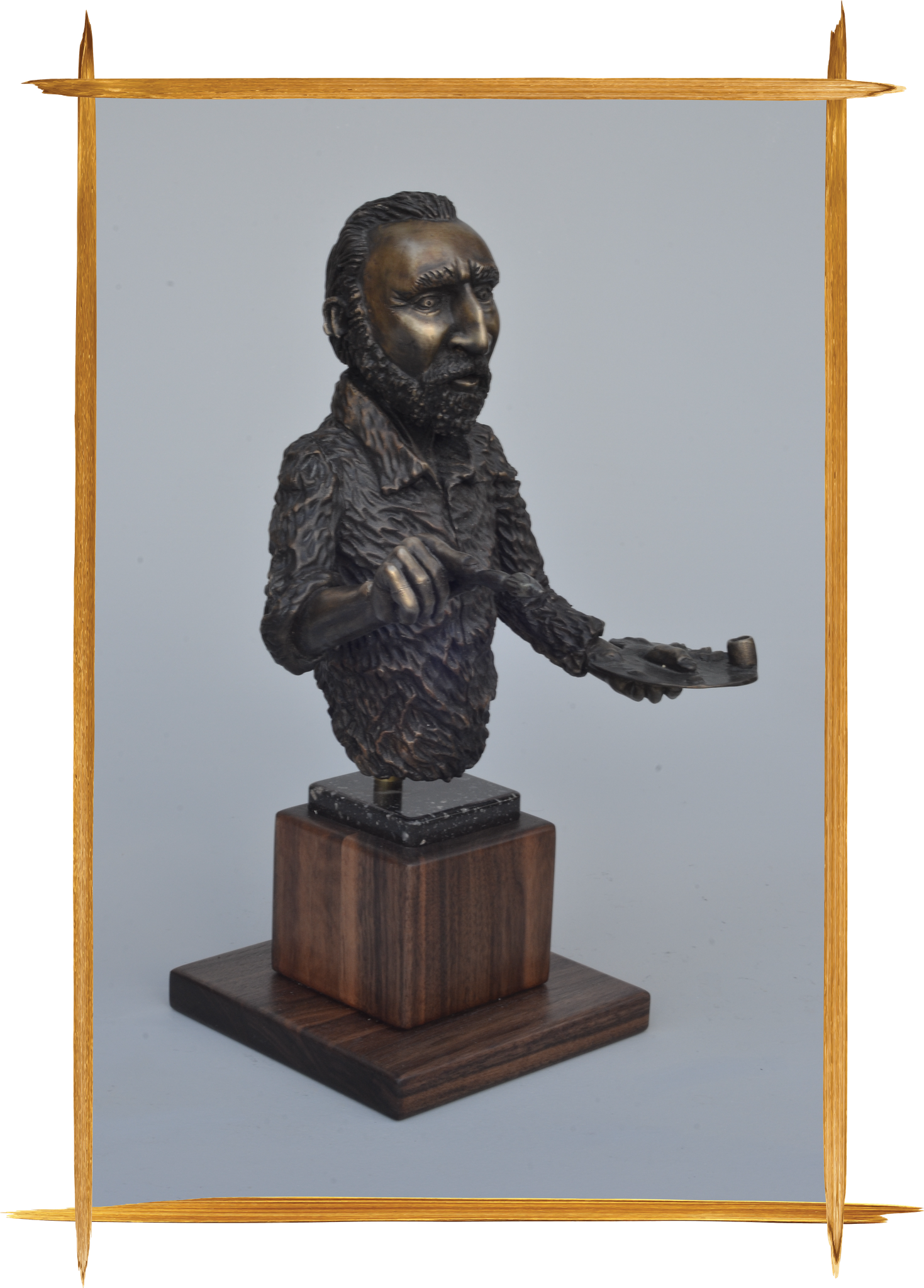 Before becoming an artist, Vincent Van Gogh, an emotionally fragile young man, had been working among the impoverished coal miners of southern Belgium as a preacher.  As he ministered to the sick he also drew pictures of the miners and their families, who referred to him as “Christ of the Coal Mines.”  He had to find other work when the evangelical committee decided he was living as too much of a martyr and refused to renew his contract.  Forced to find another occupation, in the fall of 1880 Vincent van Gogh decided to move to Brussels and become an artist. Though he had no formal art training, his big brother Theo offered to bankroll him on his new venture.

Van Gogh first saw impressionist art in Paris and was inspired by the color and light.  Studying alongside Toulouse-Lautrec and Pissarro, he also became influenced by Japanese art and dreamed of traveling to the Far East.  But when Toulouse-Lautrec informed Vincent that the light in the village of Arles was just like the light in Japan he boarded a train to the south of France. He moved into the "yellow house" in 1888 and spent his money on paint rather than food.  Before long, living on coffee, bread and absinthe, Vincent found himself feeling sick and strange. Before long, it became apparent that in addition to suffering from physical illness, his psychological health was declining. Around this time, he is known to have sipped on turpentine and eaten paint.  Big brother Theo was worried and gave Paul Gauguin money to go watch over Vincent.  The two argued constantly and one night when Gauguin walked out, Vincent followed him with a razor in his hand. Hours later he went to the local brothel.  With blood pouring from his hand, he offered his ear to a prostitute named Rachel, asking her to “keep this object carefully."

Van Gogh decided to move into an asylum after the people of Arles signed a petition saying that he was dangerous. It was here, in 1889, that he painted his famous "Irises" and "Starry Night."  A year later Theo sold van Gogh's "The Red Vineyards" painting for 400 francs, the only painting by the artist ever sold in his lifetime.

In 1890 Theo told Vincent he needed to be stricter with his finances. Vincent took that to mean his brother was no longer going to sell his art and came unhinged.  He went out in the morning to paint and, taking a gun with him, shot himself in the chest.  He died in the arms of his brother at just 37 years old.  Today, Vincent van Gogh is considered the greatest Dutch painter after Rembrandt.

"THE PAINTER OF ARLES"

Color was the chief symbol of expression for Vincent van Gogh, here masterfully portrayed in a bronze which captures the intensity of the Dutch, post impressionist genius.  As a man both cursed and blessed with extreme passion, van Gogh displayed a remarkable virtuosity with his brush, his canvasses bursting with color and a vibrancy never before witnessed.  This sculpture is cleverly infused with the same powerful brushstrokes that define his painting style.  Van Gogh's feverish output fueled by his need for the hope that painting provided him ensured that art lovers worldwide would be left to enjoy more than 860 of his oil paintings as well as 1,300 watercolors, drawings and sketches.  Van Gogh remained poor and virtually unknown throughout his life, but several of his paintings now rank among the most expensive in the world; "Irises" sold for a record $53.9 million, and his "Portrait of Dr. Gachet" sold for $82.5 million.

Base:  Black Walnut and Black Corian.