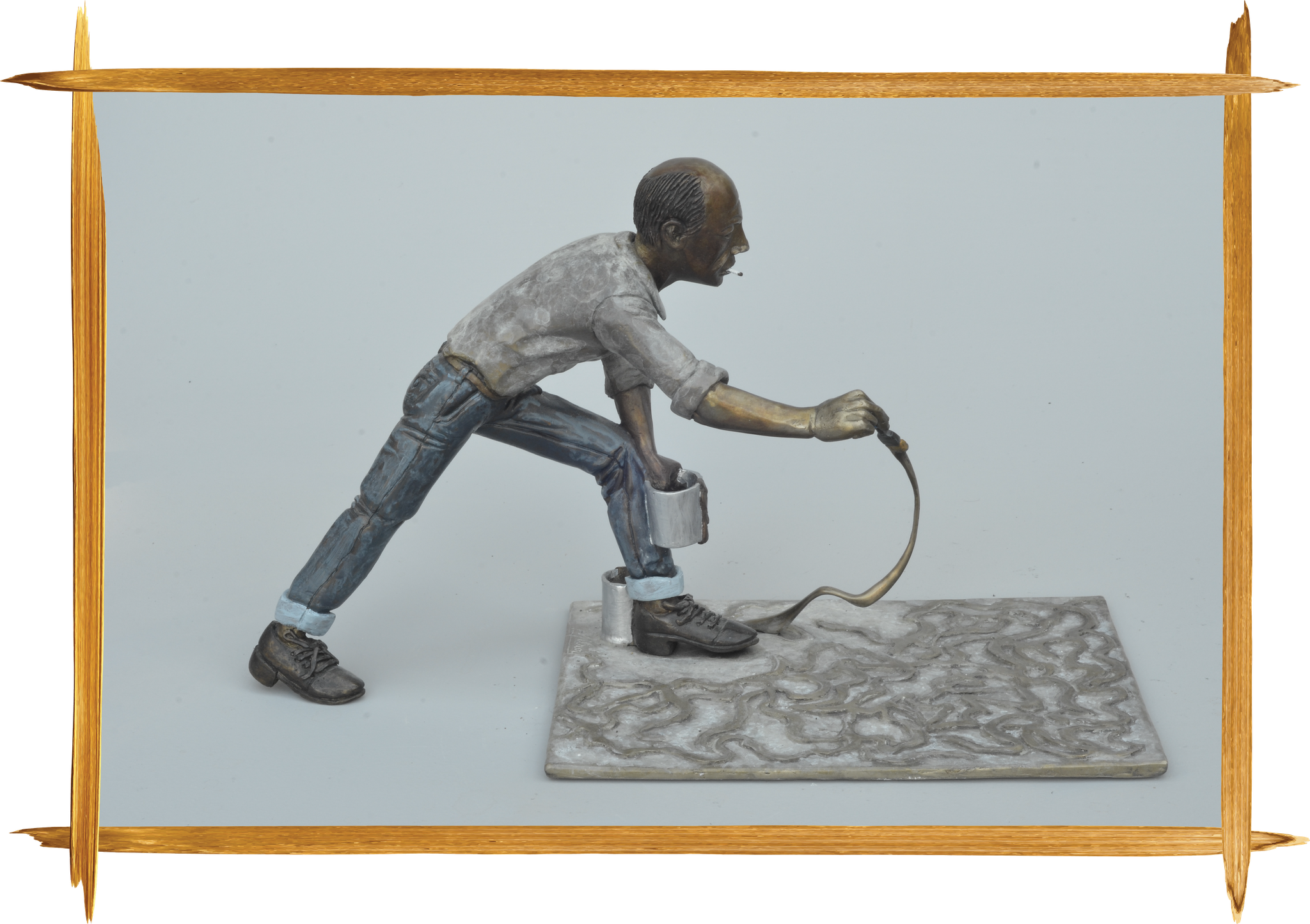 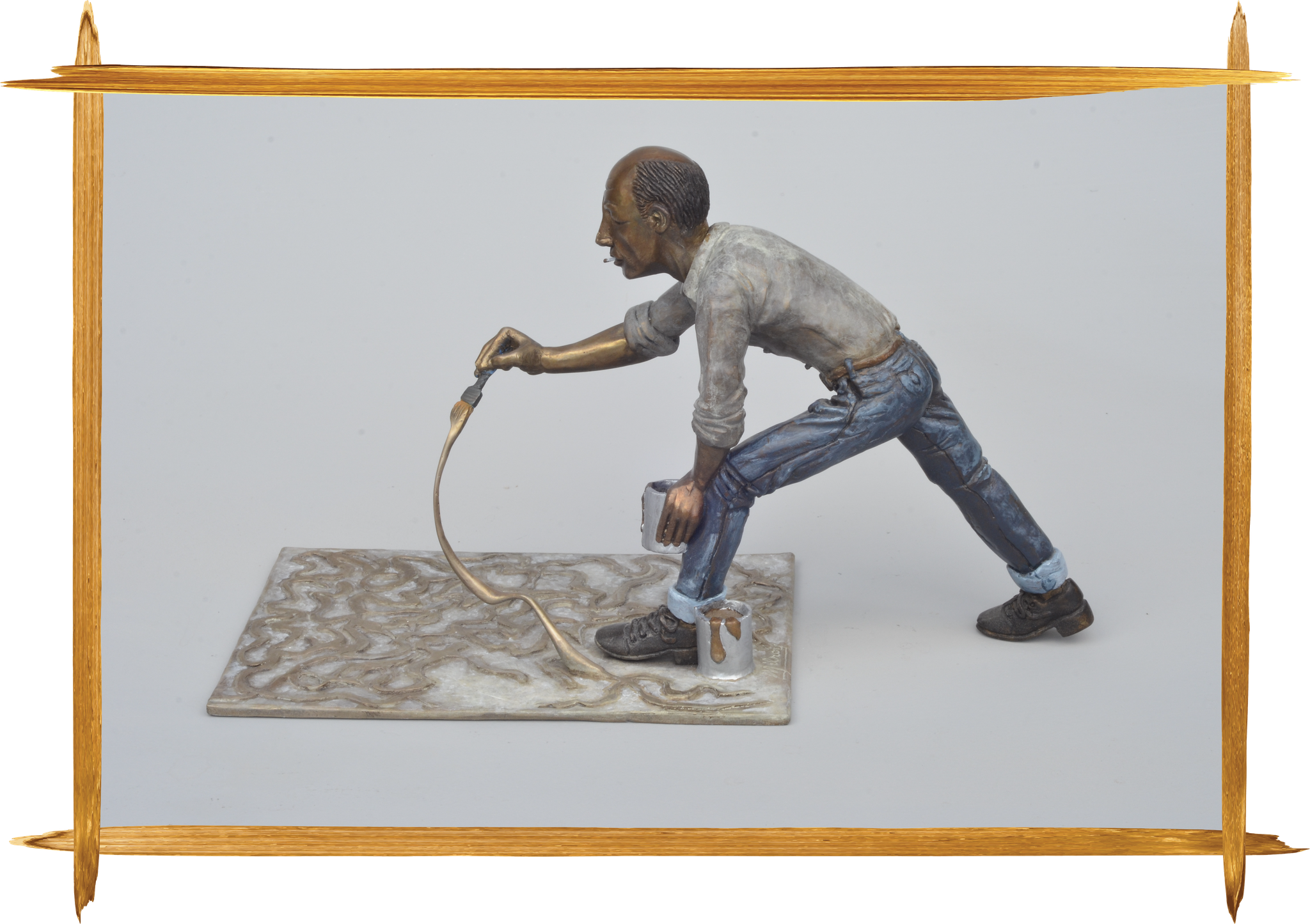 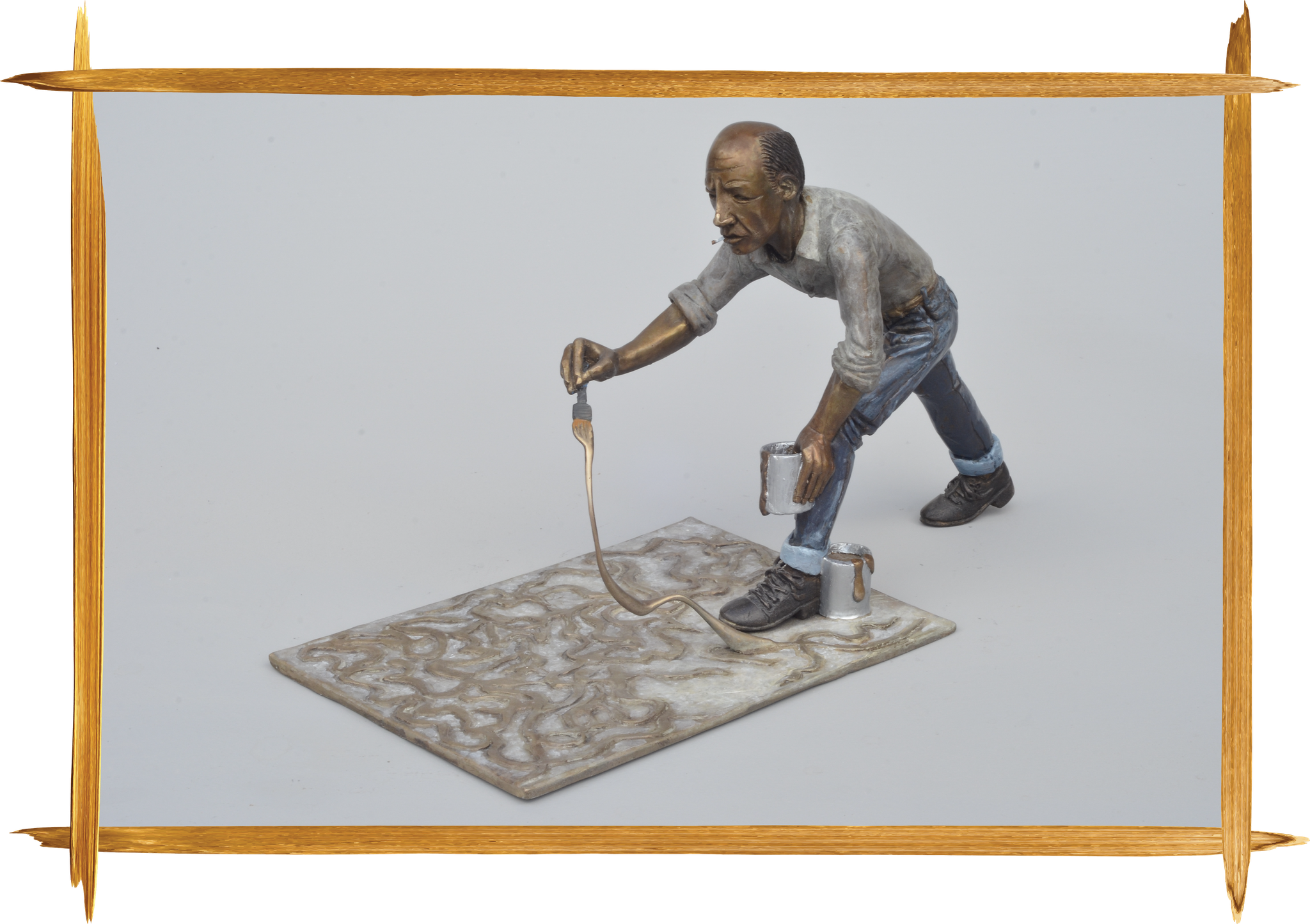 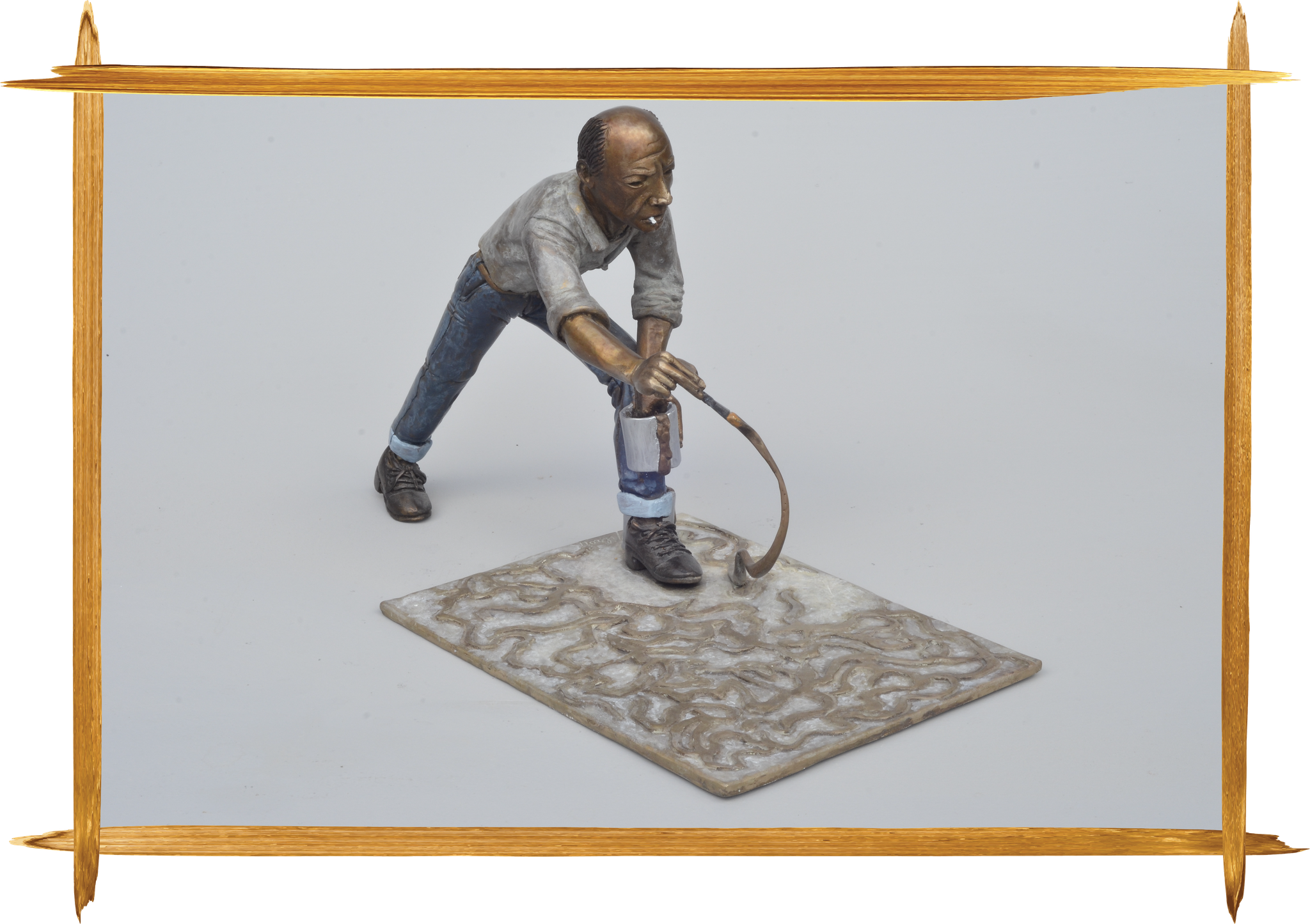 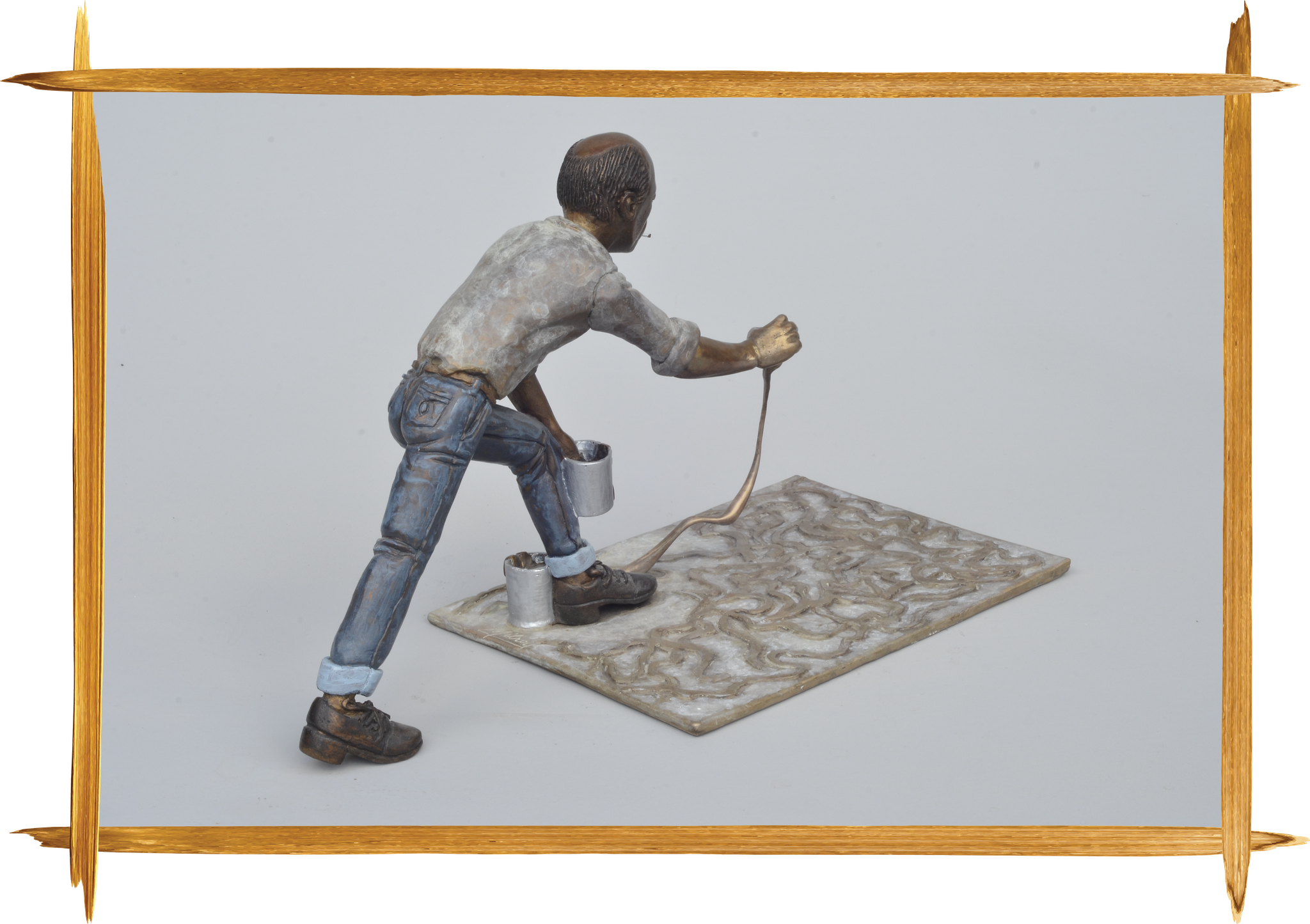 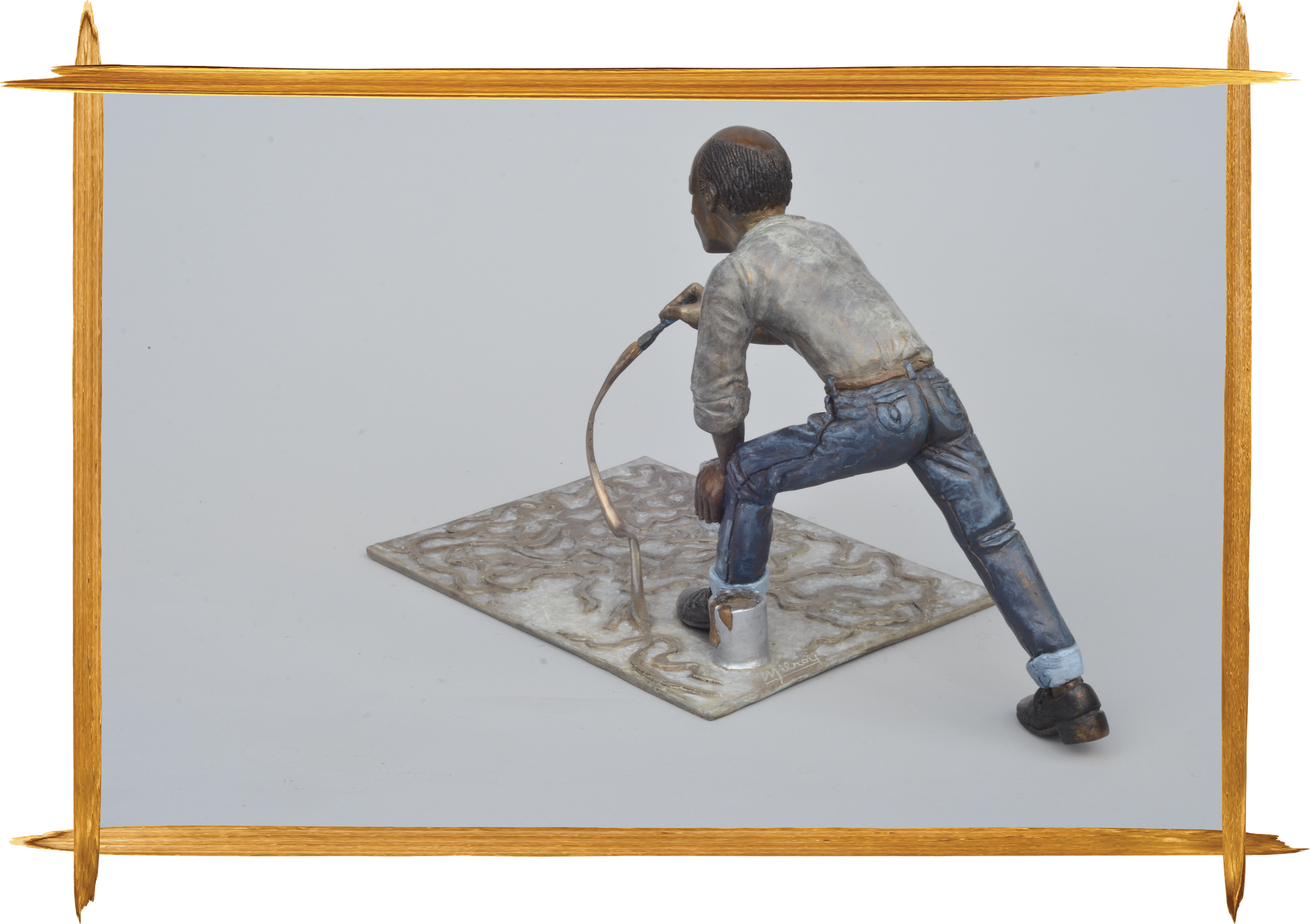 Jackson Pollock's fame began after discovering Pablo Picasso's show at the Museum of Modern Art in 1939. The artistic experimentation he witnessed encouraged Pollock to push the limits of his own work.  He began exploring abstract expressionism by pouring paint directly onto canvases.  Jackson, a chronic alcoholic, created his most famous "drip period" paintings between 1947 and 1950. Sudden, wild popularity followed the four-page spread in Life magazine that asked, “Is Pollock the greatest living painter in the United States?"  His life changed dramatically overnight.

Pollock's 1949 show at the Betty Parsons Gallery sold out suddenly making him the best-paid avant-garde painter in America.  But fame was not good for him.  He became dismissive of other artists, earning their resentment and losing many friends.  Some critics called Pollock a fraud causing him to question his own work.  Acts of self-promotion made him feel like a phony, as did his sometimes scripted interviews.  His drinking increased heavily.  When his painting sales slumped at his 1950 show  he abandoned his “drip method” and reverted to black and white pieces which were unsuccessful.  Depressed and haunted, Pollock drank into the wee hours and got into violent fights at a nearby bar. One fateful night, while drunk, he crashed his car into a tree a scant mile from his home.  Thrown 50 feet into the air, he died instantly.  During his short 44 years on earth he became and remains one of the most influential artists of the 20th century.

This impressive bronze sculpture features Jackson Pollock at the height of his mastery, in his barn-turned-studio, doing what he both invented and loved: drip painting on canvas rolled out on the floor.  He stated that, “It is only when I lose contact with the painting that the result is a mess. Otherwise there is pure harmony, an easy give and take, and the painting comes out well.  On the floor I am more at ease. I feel nearer, more part of the painting, since this way I can walk around it, work from the four sides and literally be in the painting.”