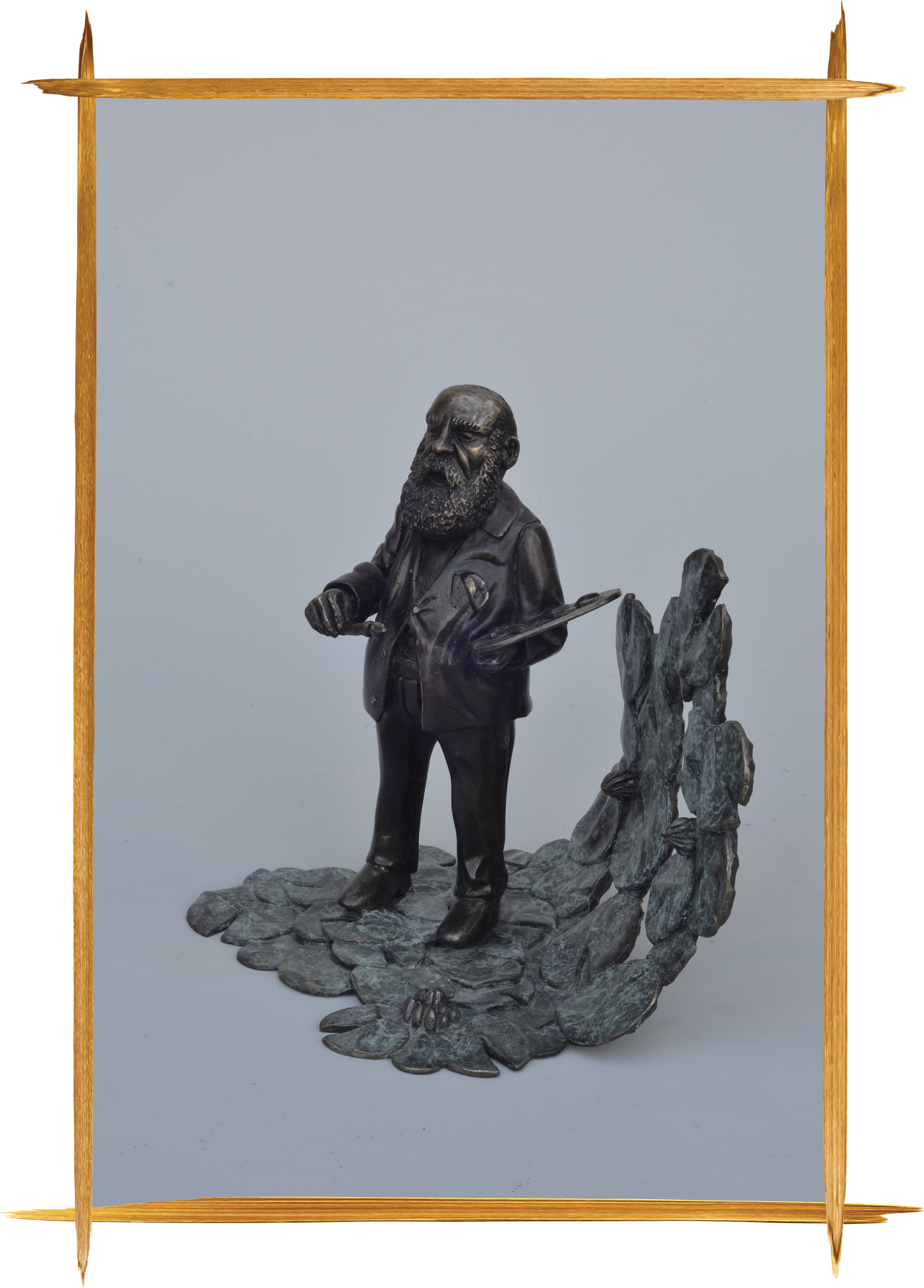 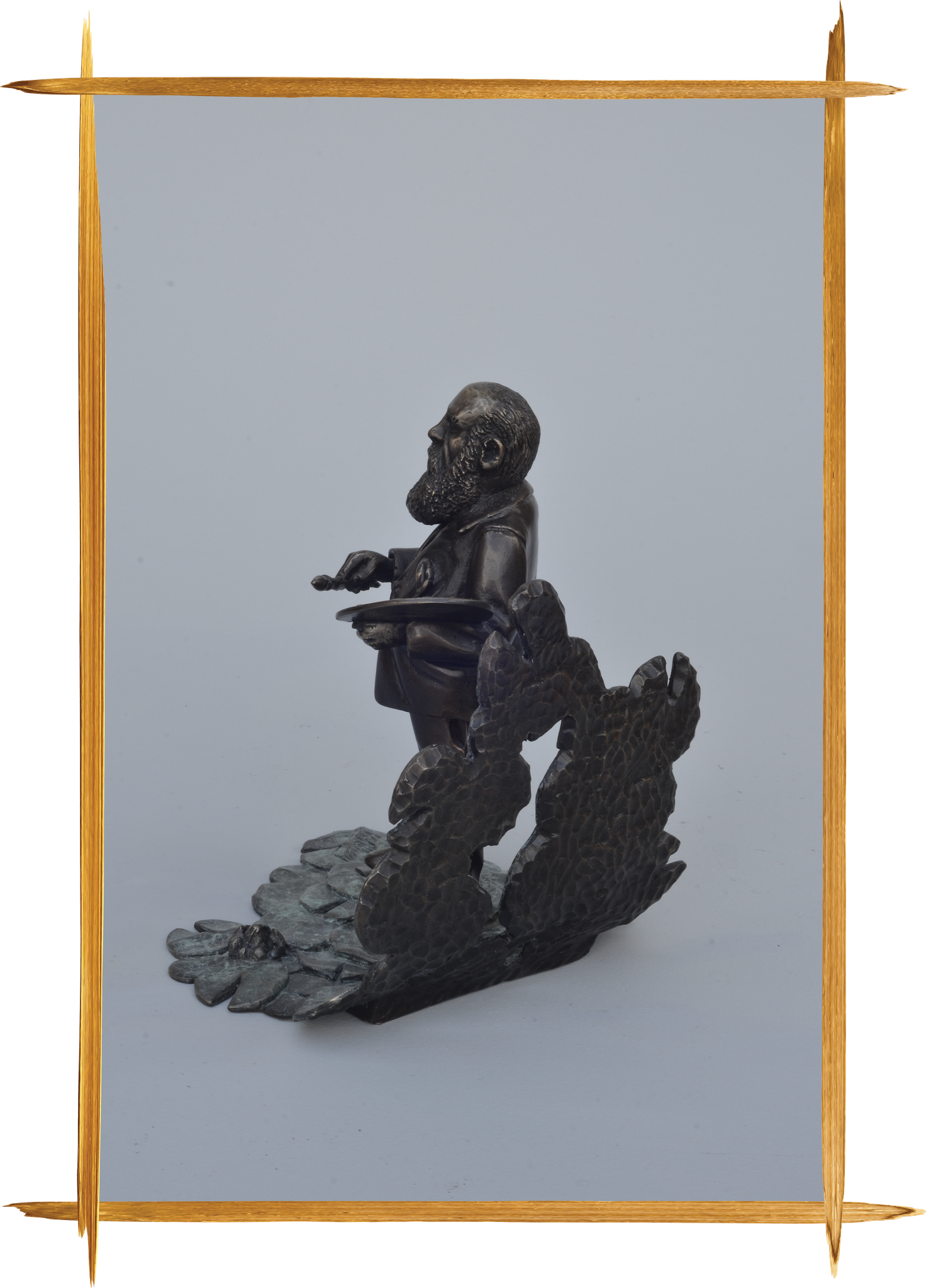 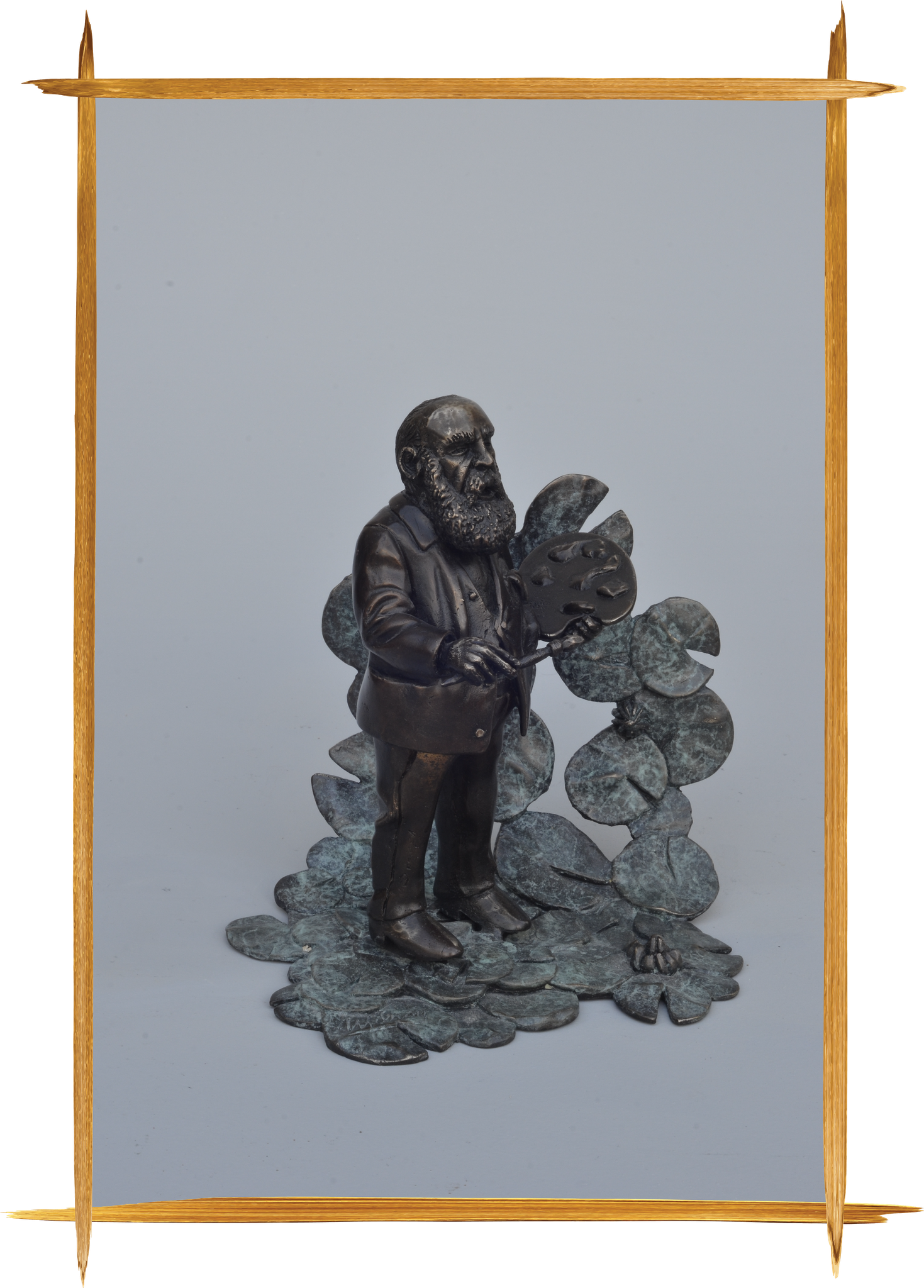 World renowned French painter Claude Monet's work was concerned with capturing the essence of the natural world.  Using a strong color palette and bold, short brushstrokes, he turned away from the blended realism of classical art.  Monet liked to work outdoors along with his friends, Auguste Renoir, Alfred Sisley and Frederic Bazille.  He helped change the world of painting by shaking off the conventions of the past and dissolving forms in his works.  As such Monet opened the door for further abstraction in art, and he is credited with influencing such later artists as Jackson Pollack, Mark Rothko and Willem de Kooning.

In describing his painting process, Monet recorded, “Merely think here is a little square of blue, here an oblong of pink, here a streak of yellow, and paint it just as it looks to you, the exact color and shape, until it gives your own naïve impression of the scene before you.”

Monet sometimes got frustrated with his work and would burn, cut or kick the offending piece.  A dreadful pity that some 500 of his paintings were destroyed in this manner.  Depression and self-doubt also plagued him.  "Age and chagrin have worn me out,” said he.  “My life has been nothing but a failure, and all that's left for me to do is to destroy my paintings before I disappear." Despite his feelings of despair, he continued working on his paintings until his final days.  Despite Monet's struggle with depression, poverty and illness throughout his entire life, still he retains the glorious title as “the Father of Impressionism.”

This intricate bronze sculpture portrays a nearly blind Monet in his Giverny backyard lily garden painting one of twelve, mural sized, waterlily paintings commissioned by the Orangerie des Tuileries, a museum in Paris. He chose the large scale to fill the walls and serve as a "haven of peaceful meditation," believing that the images would soothe the "overworked nerves" of visitors.  As he experienced in other points in his life, Monet struggled with depression in his later years.