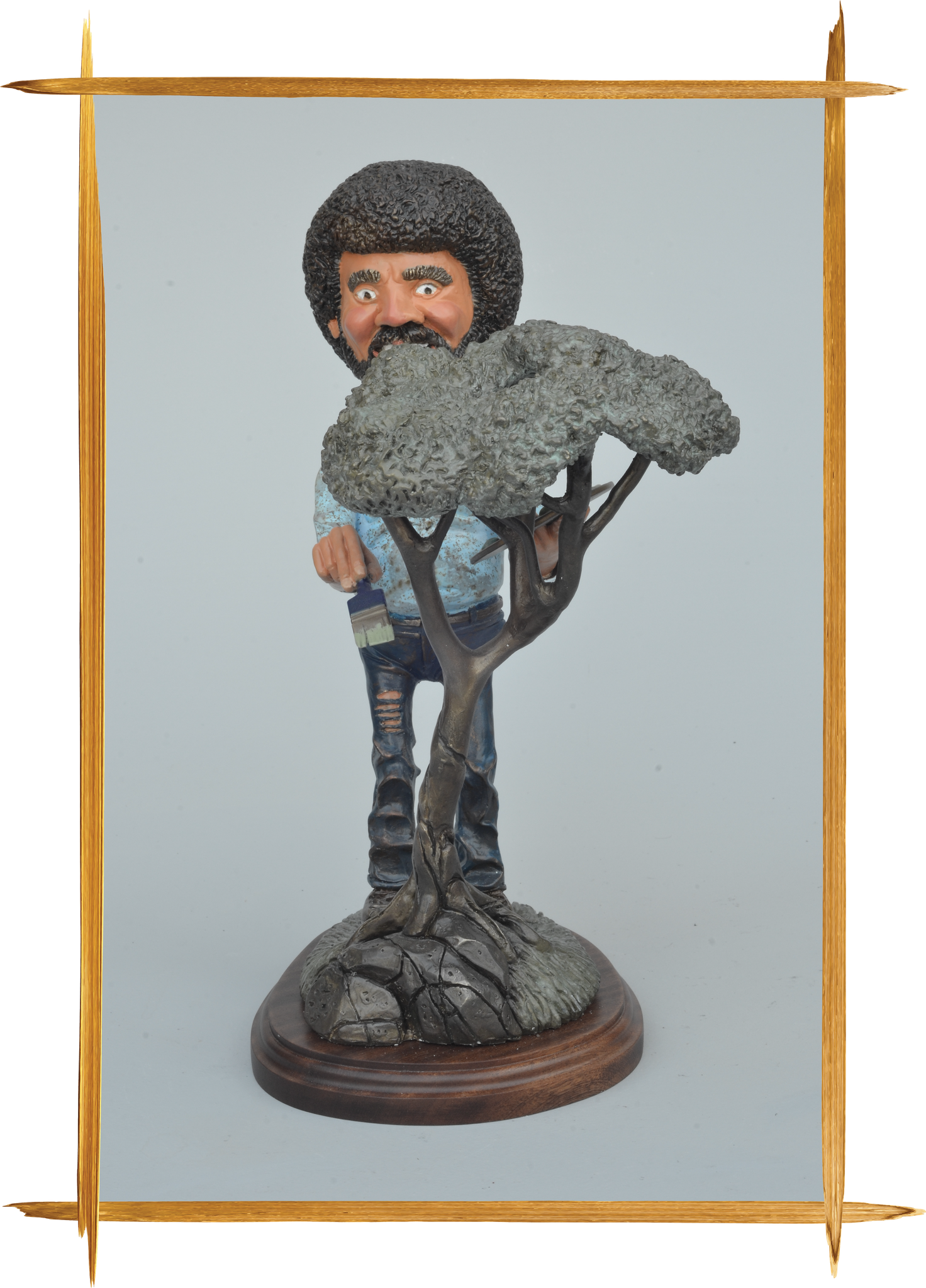 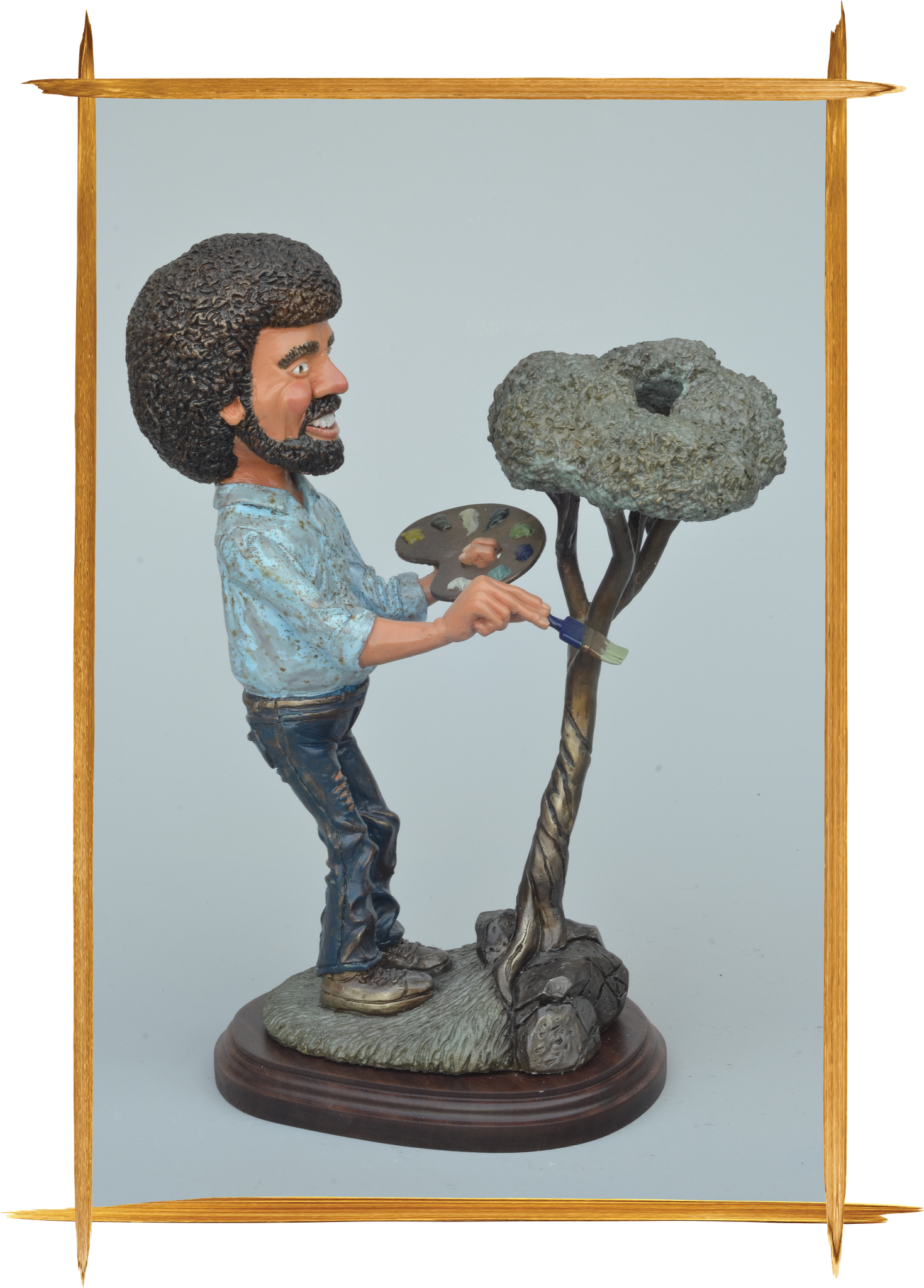 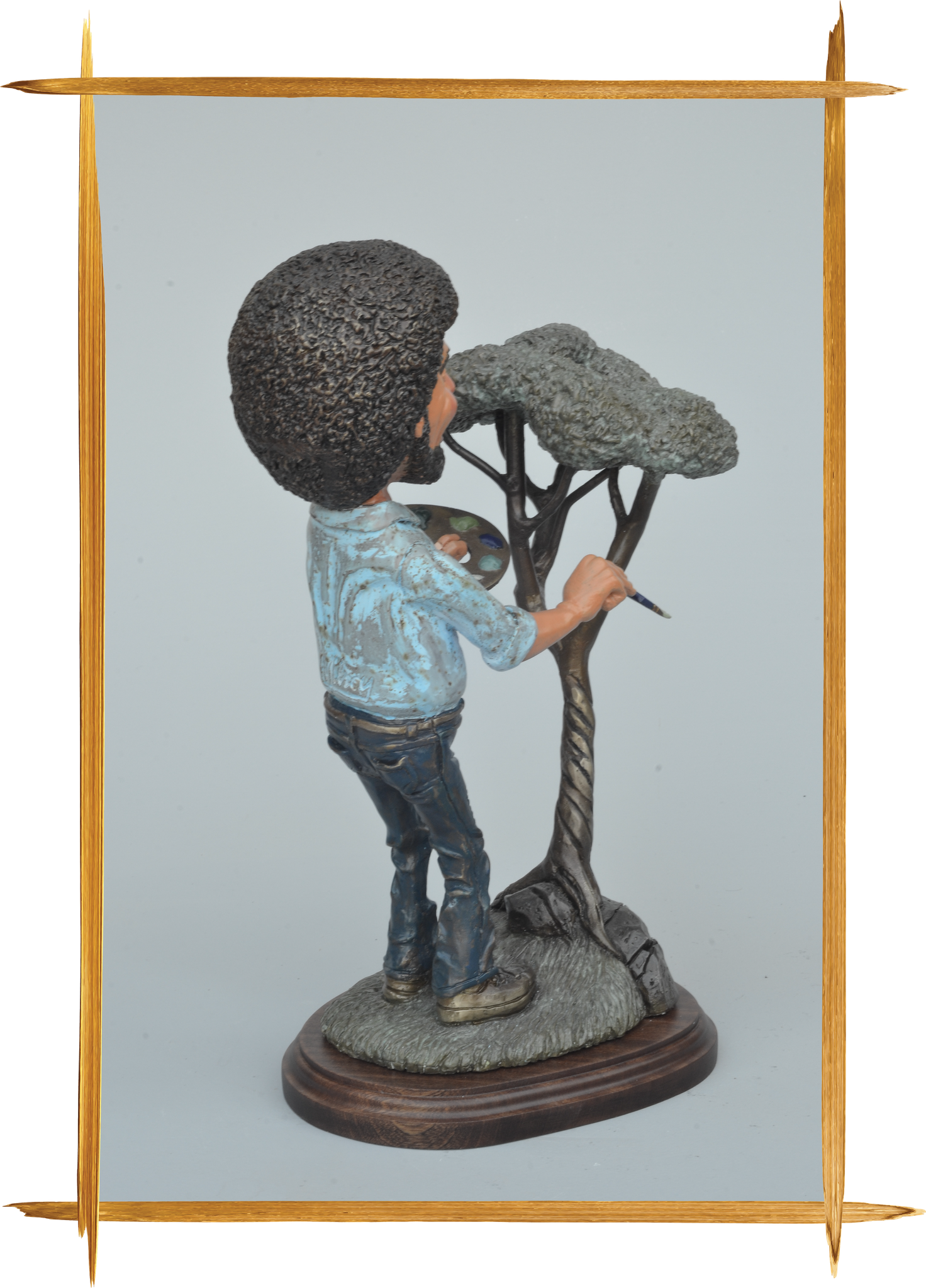 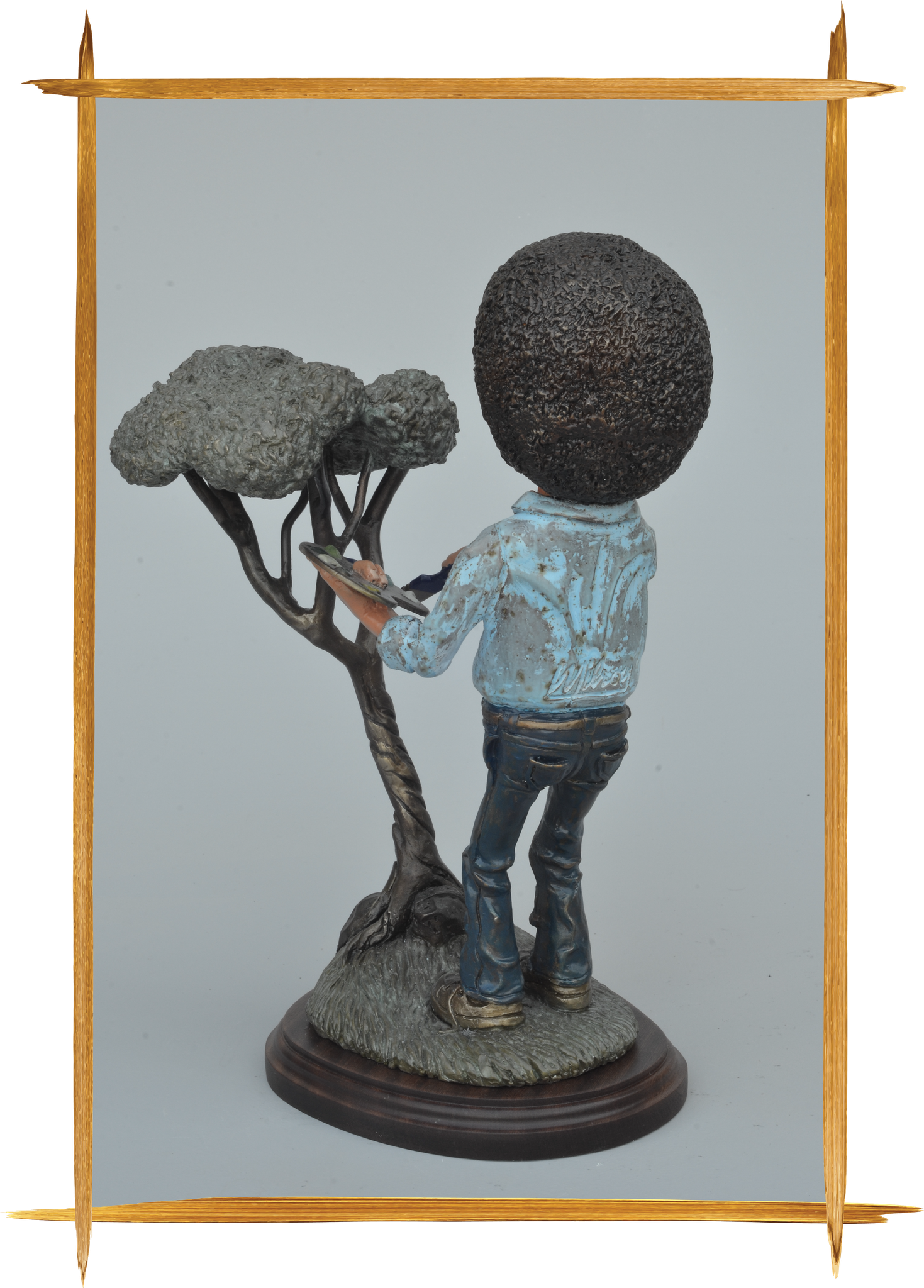 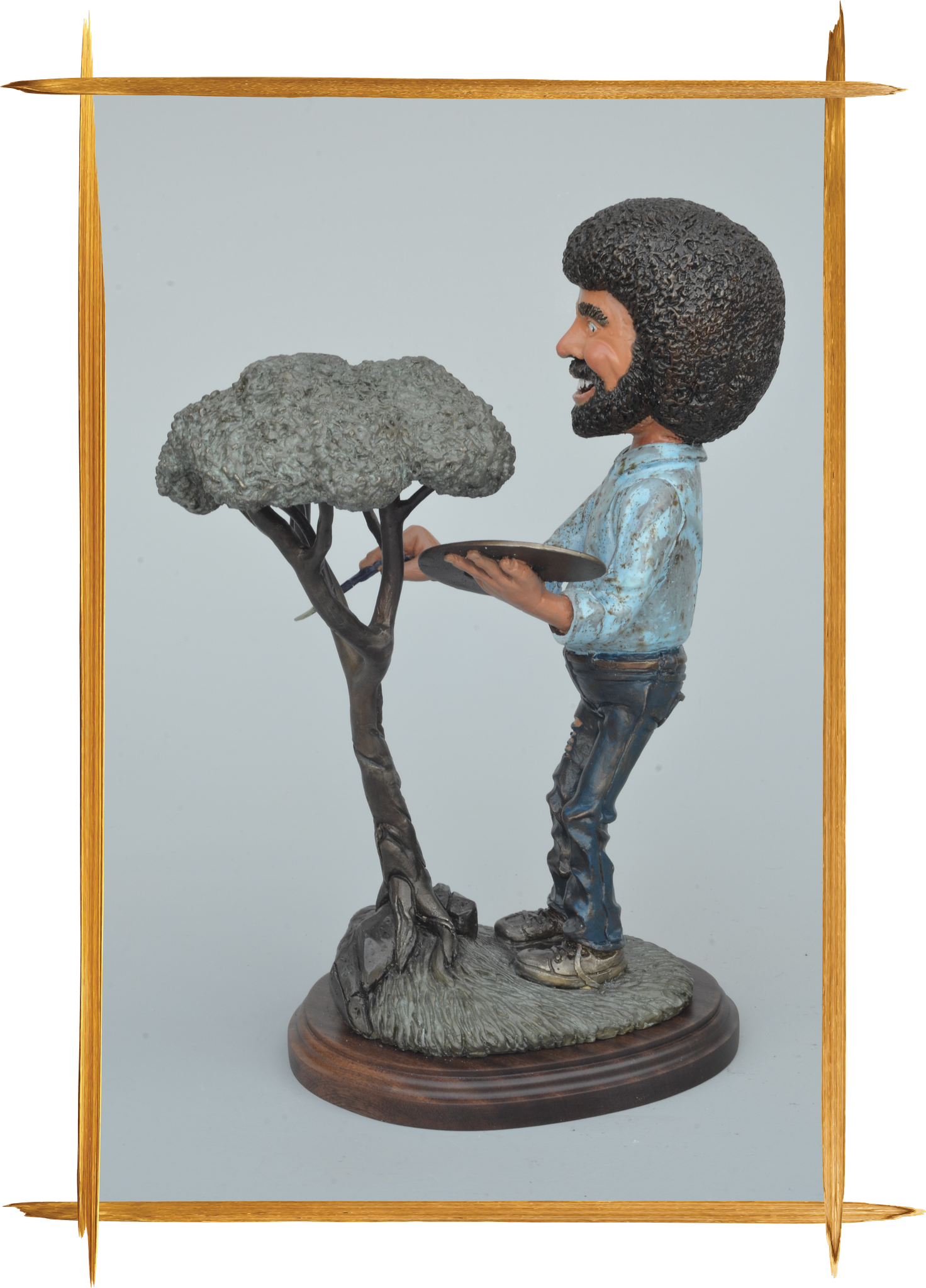 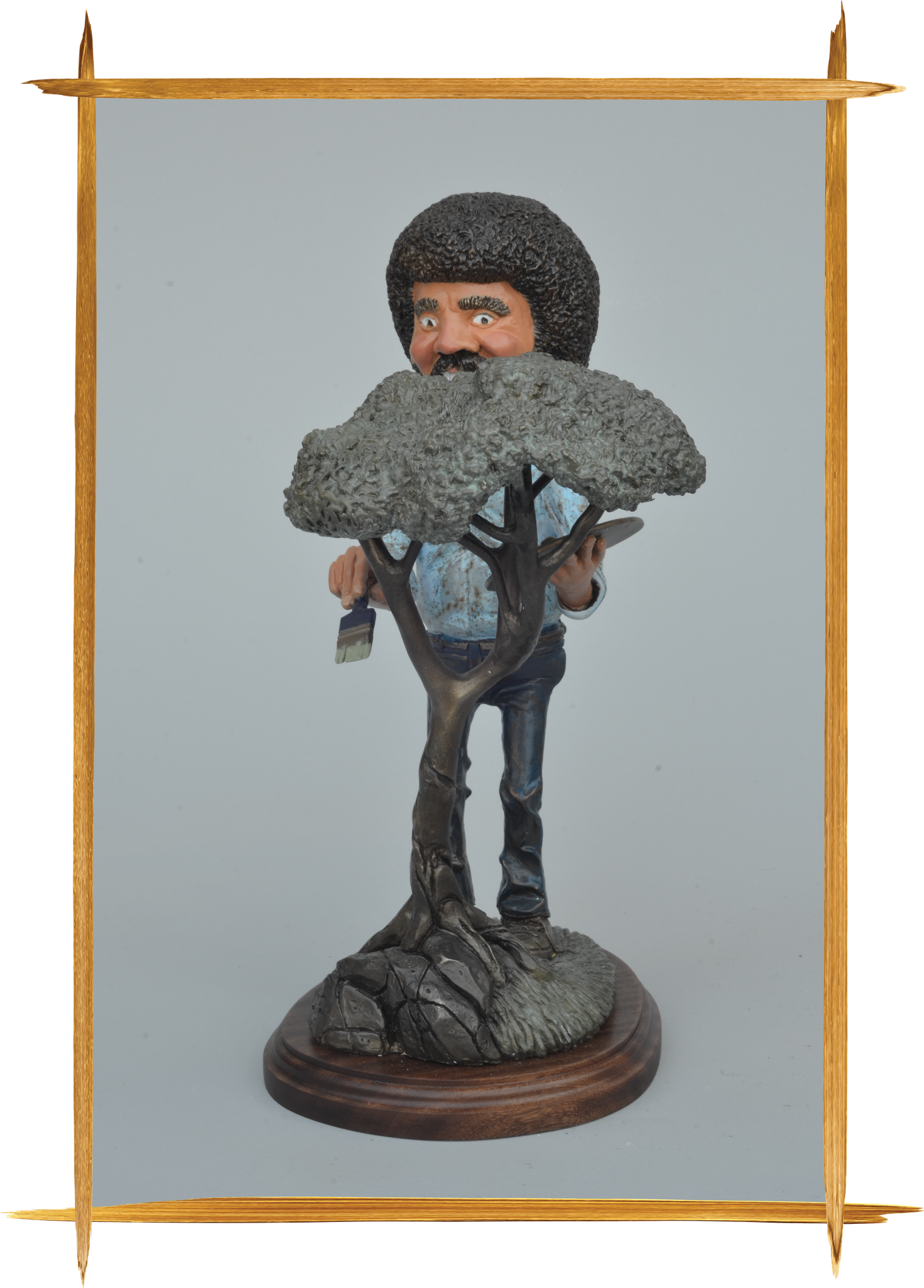 Bob Ross discovered oil painting while he was enlisted in the U.S. Air Force in the early 1960s. After leaving the Air Force where mandatory crew cuts are the norm, Bob reveled in his new freedom to grow his hair out...into a huge Afro!  Ross then attended various art schools until he learned the technique of "wet-on-wet" from William Alexander (later his bitter rival), where oil paints are applied directly on top of one another to produce complete paintings (his being primarily landscapes) in under an hour. In 1983 he was given his own instructional PBS program based on the technique.  Supposedly, the duties of caring for his new Afro got old quickly, but as he was a sudden, media success he was forced to keep it as it had already formed part of his television persona.  His viewers liked it, thus it was necessary to maintain in order to keep his ratings up.

Ross's show would run for more than a decade and attract millions of viewers. As a TV painting instructor, Ross became known for his light humor and gentle demeanor, as well as his ability to complete a painting in 30 minutes. “The Joy of Painting”  would eventually be carried by more than 275 stations, spawning an empire that would include videos, how-to books, art supplies and certified Bob Ross instructors. To this day Ross remains one of the best-known and highest-paid American painters.

This whimsical, bronze sculpture features a very cheerful and unassuming Bob Ross showing his devotees how to quickly and easily brush in a “happy little tree” with oil paints.  Sneakers, denim jeans and open, collared shirt paired with his big, brown Afro all helped lend an air of casualness to this acclaimed, television instructional artist.  He was truly loved by one and all.  “We don't make mistakes, we just have happy accidents,” he quipped.